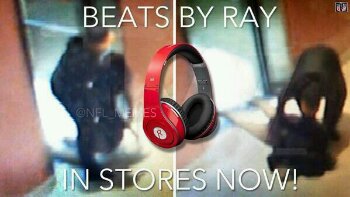 You know you’re getting old by how increasingly annoyed you get by young people.  Case and point I’m on my way to work, I see a young couple playing around on the subway, she says something smart to him, he replies
“don’t make me Ray Rice you”.  We exchange looks and I just shake my head at him, him and the girl continue their banter.  His statement annoyed me because its similar to the types of jokes I was seeing all weekend on social media regarding the assault of Ravens RB Ray Rice on his fiancé Janay Palmer.  People made references to Street Fighter, Chris Brown/Rihanna, the Cleveland Bus Driver etc, none of which I found remotely amusing.  The video that surfaced that shows Rice dragging his unconscious fiancé out the elevator was disgusting, regardless of what new facts surface, he dragged the mother of his daughter like a Christmas tree in mid January; there’s nothing that rationalizes it. 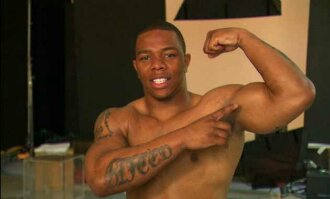 What facts that have surfaced is that, Rice and Palmer are high school sweethearts with a history of fighting and that she perhaps started the altercation by spitting on him.  Who gives a fuck.   Its like the excuses people gave Chris Brown and the bus driver and its troubling how desensitized people have become to domestic violence, especially in high profile situations like this one.   Putting hands on women is never cool and its sad how my peers are full of people who feel that somewhere down the line the playing field between men and women are level when it comes to physical violence.

That’s not to say women are free to jump in a man’s face.  There’s a level of cowardice that comes with fighting someone when you know they can’t defend themselves.  I’ve found myself in those situations but I was able to use restraint as I was raised to.  One should respect your temper, if I was to lose myself and strike a woman, what is to happen when I’m disrespected again,  it would only escalate and then you only end up in worse situations, like Jovan Belcher, who murdered his child’s mother before turning the gun on himself.  Janay Palmer seems to be backing Ray and downplayed the entire ordeal which is a situation that we know all know way too well.   I don’t believe its a reach that if Rice is given a slap on the wrist it can only go downhill from there.  Personally, I think he should be cut immediately and prosecuted but as we’ve seen Chris Brown or even Floyd Mayweather, this will likely be a minor setback.

Now to bring this full circle, why is it we don’t care about this?  There would be more press if Rice had a pregnant side chick than knocking out a 25 year old woman.  Women beaters are punchline to jokes more than they are social pariahs.  Assaults aren’t mistakes, they’re choices.  I just wish they were taken more seriously, by the perpetrator, by the victims, by society.

I remember there was this one girl from around the way. She had a big booty so i’ll call her big booty. I had got to her first, she liked me and while we wasn’t dating most of the block knew she was mine. Or so I thought, constantly she would call and tell me stories about how one my friends tried to get at her. One even acted like he didn’t even know me smh. I wasn’t tripping however, we wasn’t a couple, if she wanted someone else it was what it was.  Also I didn’t like her too much; she was dumb, like really dumb, like I had to check her ID to make sure she wasn’t secretly 11 years old or something.  Besides that in this day and age dudes don’t fight over women, a basic male will scrap over sneakers, phones and rappers but a woman, not unless she’s Rihanna.  Or defending her honor but that’s another post entirely.  Women have grown a lot more territorial these days.  They will fight for what’s theirs or proceed and take from another.  While men have collectively agreed to not stress, women are at each other’s throat.  They used to play so nicely; what happened?

Friends- If a girl has no other female friends, I will feel some type of way about her.  There has to be some character flaw if no one who doesn’t want to have sex with you seems to like your ass. Yet all girls seem to go through the I don’t talk to females phase, they all want to be the first lady in a group on dudes, it’s Eve syndrome.  Their reasoning is always the same, they gossip, cause drama etc but newsflash, dudes are probably worse than females these days.  Unless they’re blood or sorors, you rarely see women together anymore.

Relationships- I’m way into Thursday Night Football to follow but from what I heard,”Scandal”, my imaginary girlfriend Kerry Washington stars as the President’s sidepiece, but his wife is a b**** so its perfectly acceptable.  Women don’t respect relationships if they dont respect both parties; for example “She” rubbed a lot of women the wrong way.  She was rude to just about any female not blood related to the point I probably could’ve cheated off the strength they hated her.  They had no respect for her or the relationship (however i did so i elected not to pick any forbidden fruit).

The Trife is real

Sex- Men always knew women loved sex as much as we did , but it was a hidden secret.  These days women are a lot more open about their sexuality, what was taboo is the standard, and is it me or are 3/5 chicks bi curious now?  The mantra is what you wont do, the next will. Some women will be damned if someone else comes and does what they don’t like anyway but its the principality.  Women are pretty much outdoing each other the men are merely practice dummies.

Competition- When I was dating “Madame” she was jealous of my friend, my friend was also jealous of her. They didn’t know each other but didn’t like each other (ironically enough they would later go to school together become cool and have no idea how much they “hated” each other #itsasmallworldafterall).  Even today, every girl I’m talking to don’t think much of every girl I’m talking to.  Apparently I have bad taste, aside from them of course.  They all have names for them, “my groupies”, “my herd”, “my victims”, “my bimbos”, and “them other bishes”.  Perhaps its overconfidence, perhaps its just lack of respect for my standards.

Empathy- We live in a world where baby mothers being stomped on camera, bus patrons are being uppercutted on camera and intimate pictures and videos being leaked are the norm.  Its a “welp, its not me” mentality that seems to resonate throughout.  I’m not acting like I’m the most compassionate guy in the world but its odd to see women say “Evelyn Lozada had it coming”.

Now I’m not saying all women are like this, there’s binders full of exceptions (who likely read this post with the sourest face).  But for the most part women have lost respect for one another.  There is no battle of the sexes, men can just kick back and watch women fight each other.  Baby mother vs Girlfriend, Ex vs New Girl, Sidechick vs Wife, the battles just wage on.  I guess as a man I shouldn’t care, we fought for years over women, maybe its just their turn.