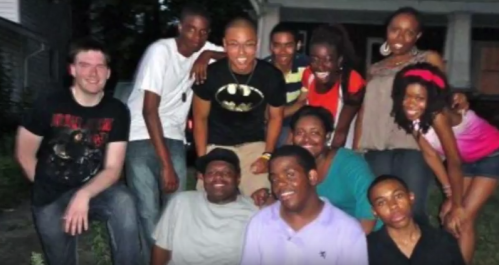 The cookout has been a long standing colloquialism for blackness, the culture, and being down.  While the cookout itself is figurative you can easily picture someone’s uncle on the grill, the spades table, Frankie Beverly and Maze, the electric slide and black people just enjoying being black.  No barking from the dog, no smog, and mama cooked a breakfast with no hog.  Basically, the cookout is our safe space. (Or literally every black family reunion).   Except, these days the cookout is more of picnic (some pun intended), a potluck, a box social because seemingly every white person who dances on beat, says racism is bad, looks like Travis Kelce, or just has a black friend has an invite to what was originally a fairly exclusive gathering.  It’s like no one remembers what happens when you invite white people over to eat. (see: The First Thanksgiving) Squanto ain’t die for this.  Blackness isn’t an honorary degree you can earn by seasoning food, dating black people or clapping on the 2 and the 4 because if the cookout gets raided I can’t say wait I didn’t mean to come here and retreat back to whiteness (see: Miley Cyrus).  There’s no off switch for blackness (see: The Rock in every movie).  So with all due respect white people, in 2019 y’all buddy passes are revoked.

Invitations to the cookout are suspended indefinitely, effective immediately.  At the very least, the price of admission has gone up.  If you want “in”, it requires real WORK, not these basic ass deeds like dancing on beat.  Even if a white person does go above and beyond for the culture, still a hard maybe. (See how that feels?).  Personally, I have never been that impressed; I don’t care how many times a white person tweets #blacklivesmatter, they can’t sit with us. (see: Shimmy Shimmy Nah White Kappa)  Not being racist isn’t impressive, it should be the damn standard.  You don’t get ribs for not saying nigger or doing a Halloween costume without blackface.  “Woke” isn’t a badge of honor, it’s the haunting realization that around the country and the world people who look like me are being harassed, killed and oppressed, a white people is simply aware of this fact and they get a hot dog and get to electric slide with the rest of us? Nah, B.

That isn’t to say white people are all bad or that we can’t break bread or coexist, it’s not like we are shutting the government down for 3 weeks to keep them out or something crazy like that (see Fiasco, Toupee); I just think we need to re-calibrate this reward system.  Ideally, being socially aware and properly seasoning your food is it’s own reward but for those white people who just NEED some pat on the back.  I have proposed a few alternatives:

*not Starbucks, we aint forget

The cookout is sacred ground and should be treated as such.  Invite only, no plus ones, no honorary guests, no homeboy who is just waiting for his ride but just gonna help himself to a plate while he waits (see: my cousin’s roommates).  Especially when we don’t know for sure how they be voting.