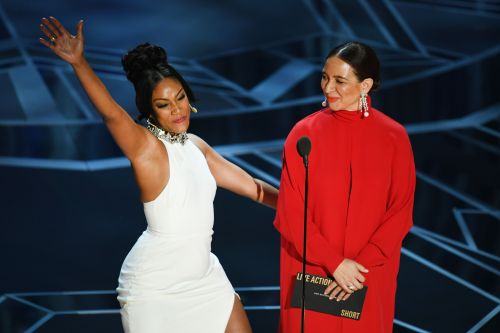 I remember when I was younger I would go to this advanced program on Saturdays at this private school across town.  (They wanted me to go there full time, but when you’re one of 7 private school ain’t in your ministry)  Most of the other kids actually went to the school, but they allowed a few of us broke public school kids in.  (Thanks T’Challa)  It was a culture shock for me; I was used to my regular ol school up the road where I was the smartest person there, but here I was the blackest.  There I was in some Js and a walkman, looking like I was in the wrong place.  I remember one week I didn’t want to go, and my mother said something like “just cause they can’t live in your world, don’t mean you can’t live in theirs” then proceeded to take my ass up to that school (again, this was completely voluntary and on SATURDAY, thankfully not in hair rollers I feel like that would a bridge too far) And she was right, I did fit in there I was as gifted as any other kid there, but none of them would dare set foot in my neighborhood.  (One of them did, like years later looking for bud…years hadn’t been kind.  Which is sad cuz we were only be like 16).  I kept my mother’s words all through that program and beyond as I gradually learned how white Boston actually was.   I never thought of it as “unapologetic” blackness as the Blavity Blacks like to say, I was just me.

That isn’t to say I don’t code switch at all.  I’m not walking into work with a Soul Glo shirt and a chicken box.  (Okay that was one time but I was supposed to be off that day and had a hoodie at my desk.  Oh and that time I say brazy in a meeting.  Oh I may have ended a call with “iight bet”).  We all have to kinda get in where we fit in.   I have to be constant mindful of my tone, my facial expressions, my overall demeanor.  Slang isn’t professional yet corporate twitter accounts are tweeting out “yeeeeeerrrr”.   The problem with code switching and assimilation in general is that, “white” is seen as the default.  Workplaces like to have a culture” without culture.  I might not walk into work with a fro and a chain but I will make myself comfortable as I see fit. (Which kinda means avoiding  them mostly). But I have bills so I try to meet them halfway; I can chop it up about sports, just don’t ask me about the anthem protests.  Ask me what I’m listening to, its probably someone you never heard of but I’ll just say Kanye and make it easier on you.  And there’s always Game of Thrones talk, which might be the one thing this country is actually united on.  (If you don’t I like Missandbae, you’re racist. That woman doesn’t do anything but bring love and light).

Which brings me to earlier today, I had seen there was a discussion about Tiffany Haddish and if maybe she’s doing a bit much.  Personally, I enjoy her, Cardi, Marshawn and others who don’t have a code switch in em.  Then there were the chefs at NYU who got fired for serving ribs, greens and macaroni for Black History Month.  (Maybe the watermelon drink was overkill…but I went to a chicken and waffles spot the other day that literally serves kool aid; we can’t hide from who we are).  It made me wonder if the people who have an issue with them are bothered because frankly, they don’t straighten up and act right around white folks.  There’s a feeling of secondhand embarrassment they feel when Marshawn Lynch can’t pronounce quesadilla, or Cardi is on the Tonight Show acting like she’s not on The Tonight Show.   They aren’t shukin and jivin, they are just being themselves and people are more worried about what white people will think when they see this.  When Desus and Mero are befuddling Jimmy Fallon, he looks out of place not the other way around.  You can find Tiffany Haddish unfunny without fake caring about how Ellen doesn’t seem to get it.  They nor anyone are representative of the entire race and I wish people would stop placing that burden on them (I do die a little everytime Deray shows up somewhere in that musty blue vest…its been 4 years, and even he doesn’t represent my blackness or yours).

Blavity Blacks like to say they’re unapologetic but the key to being unapologetic is being unapologetic, unapologetically.  It’s not performative, its actual.  It’s eating ribs at your dining common without a second thought, not 100% Melanin Educated Queen Wakanda t shirts.  Because being real the white people who feel a way will always find a way to, and it doesn’t have shit to do with what you wear, how you talk or what you watch on Monday nights so fuck em.  Live through the immortal words of Sisqo, “one thing you gotta know, imma be a nigga for life”.

One response to “Today’s Word is… UNAPOLOGETIC”