It’s been a while since I read a good book.  I read maybe 2-3 books a week but they are mostly forgettable.  It hard to find a book that appeals to me because books aren’t written for me, because urban legend states: Men don’t read.  Sure, we’ll grab a graphic novel or comic book, check our ABC’s (articles/blogs/columns, I just thought of that clever huh…patent pending). Last week I talked about how magazines are overrated, they still are.  However I will still read a magazine, just as I read the newspaper cover to cover daily.  So in essence men read, they just don’t read books.

They say men only account for 20% of all fiction sales.  Primarily because fiction, well umm sucks.  I’m a man who likes some fiction, although I can’t stand “urban” fiction.  Especially the ones with titles that sound more like rap mix tapes and singles.  I refuse to read Hood Life IV: The Reckoning or  That Hoe ain’t Me (okay I made those up but whats sad is I might not be far off). Then there’s romance novels, which are pretty much written in a way that it is easily converted to a movie and some poor soul will have to watch it on Netflix with his girlfriend.  4 different girlfriends have made me watch each of the Twilight films at some point, if I stay single I might be able to avoid ever seeing the last one. Well hell I already seen the first 4 minds well see how the shit ends.  I’m still gangster though. 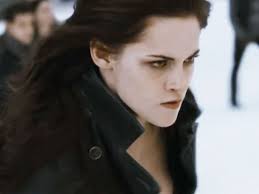 is it me or are they always fighting in snow 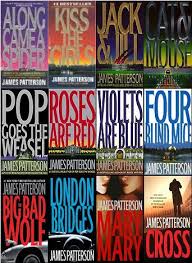 As someone who has publish a novel on his bucket list, of course I will probably skew my plot towards women too. They support, men not so much.  Men blow money on plenty, books are not high on that list.  New books cost more than blue ray DVDs. I borrow books from the library, friends, family or I’ll buy it if it’s free on Amazon.com.  Women buy products, men buy brands.  It’s the reason people still read Malcolm Gladwell even though he hasn’t written anything as good as The Tipping Point and why JAMES PATTERSON’s name is all over the covers of his.  Actually, the last book I bought was Jay-Z’s Decoded and that’s because it was Jay-Z (brand) and it was on sale (cheap) and I was on a date (showing off, RIP Borders) and ended up buying her books too.  Nonfiction gets man love because in a way it’s all branding, it’s about someone they know, something that happened or something that can and will happen.  Although documentaries are taking over; movies will never be able to fully capture a novel but a great documentary can tell a story better than a book.

So men don’t buy books because they don’t appeal to us, books don’t appeal to us because we don’t buy them.  It’s a cycle that needs breaking, or eventually men will not read anything that isn’t required for school. If there was a book that appealed to me and others like  me, I’d like to lie and say I’d be the first in line to get it but I wouldn’t, maybe the next book if it’s as good as the first (brand).  The beauty in books is that they will never go anywhere, so 150 years from now when people are reading crap about an alien and a vampire falling in love, somewhere they’ll still be a Richard Wright or Donald Goines book somewhere.  Hopefully they are still teaching Shakespeare’s King Lear and not Tyler Perry’s Madea goes to Jail.